Posted on November 17, 2013 by Thestrugglershandbook

I’m relatively new to Facebook, and I have to say I’m entranced. And repulsed. And vexed. Perhaps this is the allure of Facebook: you never know what’s coming next to your home page. First, a heartfelt post from someone who restores your sense of humanity and pulls you closer to your fellow-man; then a repellent offering, a political diatribe from one who assumes everyone is as stupid as he is; followed by the hair-pulling inanity of those lacking any color or sense of their audience: “Kids bathed and put to bed; time for aroma candles and a deep soak. Ahhhhh.”

The latest thing seems to be a game of tag, where someone is asked to tell an apparently random number of things about themselves. I thought this guy, let’s call him “Aaron” (that’s his name), had some clever things to say when he was “it”, so I clicked the obligatory “like” button. Big mistake; he turned on me like a starved circus lion, and wants twenty-one fascinating tidbits about myself in return for my gesture of kindness, when he himself had only ten. While at present I hold him in contempt and compare him to a steamy, offensive, maggot-ridden turd, I also recognize the opportunity in answering him as a way to come up with a blog post when before I had none. Here, then, are twenty-one deeply introspective and definingly relevant facts about me: 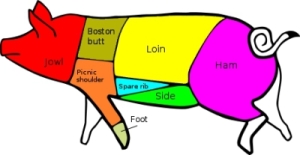 2) Actually, I love all the parts of a pig: pork chops, pork loin, pork roast, you name it. The last time I was at the pet store, I stared for too long at the pig hooves for sale in the dog-chew department, wondering if the mutt and I could take advantage of the two-for-one special.

3) I find pigs themselves dangerous and terrifying. A few years ago I was chased into the Sabine river in Louisiana (while fishing from its banks) by a huge, six-hundred pound sow. As it turned out she merely wanted to be petted, which several small children were only to happy to do. Meanwhile, I fought a desperate struggle for life in the swift current and emerged, sputtering and grateful for God’s mercies, two-hundred yards downstream.

4) I am convinced that a bacon scented perfume would be a billion dollar seller; I myself would follow a woman similarly fragranced to the very ends of the earth, perhaps explaining why no one else has tried it.

5) My girls basketball team once made me chocolate cupcakes with bacon in them. While I would have preferred they contain the fried variety as opposed to Bacon Bits, they were delicious nonetheless. I appreciated both their thoughtfulness and the fact that no one else wanted any and I didn’t have to share.

6) I abhor broccoli regardless of presentation.

7) I can sense broccoli’s presence in any dish, no matter how insidious the chef’s attempt to hide it.

8) Any food that, when cooked, smells like the cholera ward in a Bangladeshi  hospital, is unfit for human consumption. Whenever my wife cooks broccoli, I leave the cat box untended for several days to neutralize the odor.

9) If I were forced to eat only broccoli as a means of dieting, I would lose weight at an incredible rate because I would kill myself.

10) If broccoli were somehow transformed into woman, she would resemble Medusa, or perhaps Mrs. Potato Head. Bacon, conversely, is bikini-clad Heidi Klum.

11) If broccoli was a car, it would be a Yugo. Bacon is a cherry red Lamborghini Countash. 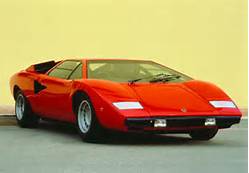 12) Broccoli is named after Salvatore Broccoli, an incompetent ninth-century Italian farmer who, despite his best efforts at raising a desirable crop, managed only to cultivate a vile weed which grew rampantly in his fields. Desperate for money, he took his harvest to market and, much to his great joy, discovered there were no small number of people lacking refined senses of taste or smell.

16) I have, at present, ten cats living in my home. Of those ten, perhaps three are pleasing to me. The rest I regard as mere sources of foul emanation, floating hair, senseless destruction and spontaneous shrieks that cause me to momentarily flat-line and then soil myself.

17) Despite this invasion of unwanted beasts, I remain king of the house, master of my domain: nothing happens in my home without my tacit assent or outright say-so.

19) My wife appreciates that I am a take-charge man; I am confident and supremely competent in my role as provider; I tackle things head on and get stuff done. My wife is therefore free to assume the traditional role of homemaker, free from the stress and strife of everyday life.

20) I may have a slightly elevated sense of self, a deluded view of the world around me and my corresponding place in it.

I'm a middle aged (if I live to be 100) guy, married, father of three, from Tucson, AZ. I'll write about almost anything. Though somewhat bent, what I write is always true(ish). It won't change your life, however. Unless that would preclude you from reading...
View all posts by Thestrugglershandbook →
This entry was posted in Blogging, Facebook, Food, Humor, Life, Living, Uncategorized and tagged Animals, Facebook, Food, humor, Life, Living, Marriage. Bookmark the permalink.

12 Responses to Facebook Hell: “Tell us Twenty-One Things About Yourself.”