Posted on November 20, 2011 by Thestrugglershandbook 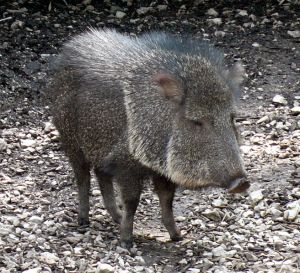 Since my encounter with the rattlesnake (part IV), I’ve changed my routine when walking through the desert surrounding my customer’s homes. Before then, I had relied upon the sounds inherent in transporting my considerable girth through bushes, cacti and around exterior walls. Clearly, though, grunts, groans and exclamations (Ding-dang it, that hurt; heavens to betsy, how’d it poke me there?; sun of the beach, stupid cactus) were not enough to adequately warn foul desert creatures of my  impending arrival. I have since added exaggerated stomping and whistling patriotic tunes ( Battle Hymn of the Republic, Star-Spangled Banner) to my repertoire.  In my scraggly work garb, I look like a homeless guy mocking the trombonist at the Veteran’s Day Parade.

Not more than a month or two after the snake incident, I showed up at a home in the central foothills. This was a lavish dwelling, easily 8,000 s.f., set in three acres of lush, thick desert.  As was often the case, the backyard was accessible only by walking the quarter-mile around the side of the house. It’s impossible to carry all my equipment in one trip; I credit homes such as these for helping maintain my calendar pin-up figure (DeKalb County Fair’s Best in Show, 2010).
As I approached the first corner of the monstrous house, I became vaguely aware of a strange, musky,unpleasant odor. Smells of this nature, sadly, occasionally emanate from me (the odor of things that have attached themselves: brackish pond water, stuff I’ve stepped in – pick up after your pets, people!).  Unfortunately, I was too focused on hitting the right notes in The Halls of Montezuma to realize the significance. When I rounded the corner, I stopped dead in my tracks; my bones crackled in startled alarm. If Rich walks in the forest and no one is around to hear him (I wouldn’t be in the forest alone – creepy), do his knees make a sound? Resoundingly, yes.
I had marched straight into a very large herd (over 20) of Javelina, a wild pig native to the Sonoran Desert. Normally skittish, they can be very fierce in defense of their young, deploying large vertical tusks on either side of the jaw to ravage their enemies. I quickly surveyed the group and saw at least four or five piglets among  them. Everyone seemed intent on flight, however, so I slowly released my cheeks and allowed my pants to sag  posteriorly as they normally do (my “ampleness” tends to flock abdominally. Six packs are for wimps; pony kegs are where it’s at. Right, ladies?…Anyone? Anyone at all?). Suddenly, I noticed a movement to my right, along the wall, and there he stood: a large male, a mere five feet away. He was easily the largest of them, the alpha male, and he had clearly stepped up to address this threat to his group. His coarse, gray hair stood on end, I assume to make himself look more formidable, as if that were necessary or possible. He reminded me of the creepy dinosaur who flared his neck flaps at Neumann before blinding him with black puke in Jurassic Park.
The other pigs hadn’t left, but merely moved away to give him his space. It was like the knife fight in West Side Story, only it was Pigs instead of Jets, and all of my Shark gang buddies were apparently even more chicken than I and all had found something better to do. We were tied together at the wrist (hoof), ready to do battle, but I had brought only a shopvac and extension cord to a knife fight. The javelina then made a strange clacking noise with his mouth, as though he were noshing on Pinocchio’s testicles as a preview to what he had in mind for me. He stared at me with one eye and head turned sideways, and moved closer still. If the pig was fearful of me, he was showing none of it. I, on the other hand, was absolutely terrified. I could picture my two boys on display atop his tusks, like the decapitated heads perched atop poles in Apocalypse Now. While I stood, frozen, trying to decide what to do, my instincts pushed me aside and took over. In an effort to confuse the boar, my body released a scent trail, which ran warmly down the inside of my left leg. I verrry slowly backed up until I was around the corner and out of his sight, then dropped everything and ran (“ran” is a relative word; I probably looked like Quasimodo in a bit of a hurry). I expected at any second to be violated from behind, but I made it to my truck unscathed (an EKG at that moment likely would have shown otherwise).
After about twenty minutes, the herd crossed the driveway behind my truck. I could almost hear them snickering at me as they passed. In one respect I felt somewhat emasculated having backed down from our showdown, but someone had to. Frankly, it never occurred to me to hurt the pig, or the rattlesnake before him; I was invading their space, and they were merely defending themselves. If I see wildlife in the desert from a safe vantage point, it never fails to give me a thrill; to me, it’s one of the great things about living in Tucson.
That’s it, then; my close encounters with Arizona’s scariest and most dangerous wildlife. I’ve had others (I once tried to gently prod a Gila Monster off a roadway; the sight of a very large, poisonous lizard crawling purposefully with a four-foot piece of pvc pipe in its mouth is something few experience), but I’m sure that by now you more than get the point. If drug smuggling illegals or headless corpses strewn about the desert (Part I) won’t dissuade you, perhaps the possibility of being killed or ravaged by indigenous wildlife will keep you from coming to Arizona.

I'm a middle aged (if I live to be 100) guy, married, father of three, from Tucson, AZ. I'll write about almost anything. Though somewhat bent, what I write is always true(ish). It won't change your life, however. Unless that would preclude you from reading...
View all posts by Thestrugglershandbook →
This entry was posted in Arizona, Humor and tagged Animals, Javelina, Wlidlife. Bookmark the permalink.